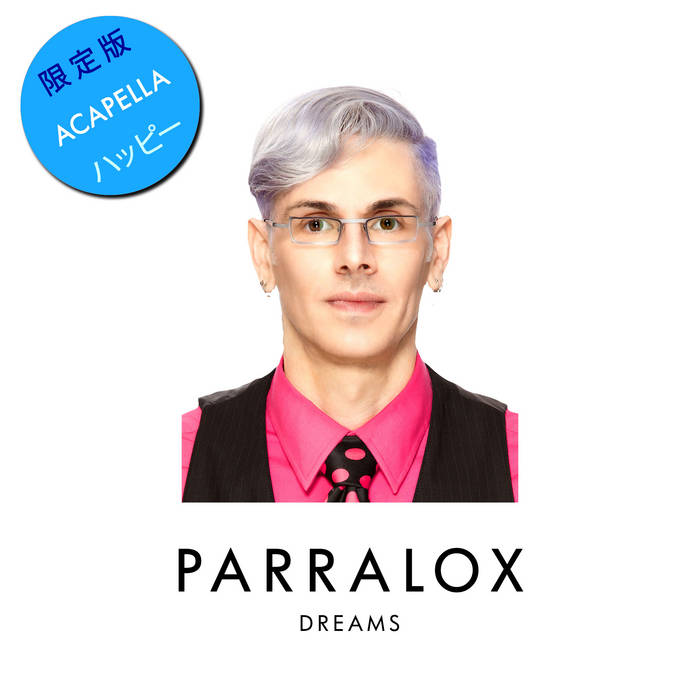 Recorded on Monday the 20th of November, 2017 during our regular recording sessions for Parralox. I had actually prepared "I Only Wanna Be With You" for Louise to sing, as a potential song for Holiday '17.

And so as I was getting the studio ready to record the track, I heard Louise singing a song while doing her vocal warm up. I got goosebumps and said "Are you singing Fleetwood Mac?" And Louise mentioned that this was one of the songs she sings to warm up her voice. Right! So I scrapped I Only Wanna Be With You (for the moment) and whipped up a quick version of Dreams.

Louise recorded the song in 4 takes only. Then I added about 64 layers of backing vocals and BAM! Song done.

Also, we had already recorded a song called Dreams, which was a song I co-wrote in 1995 with Lillia Auzou when I was in the band Nova. So we have now renamed that song to Dreams II, because it's planned to go on our next album Genesis, which will be released in 2018, as this Dreams song will come out on Holiday '17 first.

So it wouldn't really make sense to have Dreams by Fleetwood Mac renamed as Dreams II.

Verse 1
Now here you go again, you say
You want your freedom
Well who am I to keep you down
It’s only right that you should
Play the way you feel it
But listen carefully to the sound
Of your loneliness
Like a heartbeat drives you mad
In the stillness of remembering what you had
And what you lost, and what you had, and what you lost

Chorus
Thunder only happens when it’s raining
Players only love you when they’re playing
Say women they will come and they will go
When the rain washes you clean, you’ll know, you’ll know

Verse 2
Now here I go again, I see the crystal visions
I keep my visions to myself, it’s only me
Who wants to wrap around your dreams and
Have you any dreams you’d like to sell?
Dreams of loneliness
Like a heartbeat, drives you mad
In the stillness of remembering, what you had
And what you lost and what you had and what you lost