Sharper than a Knife (Unreleased Remixes) 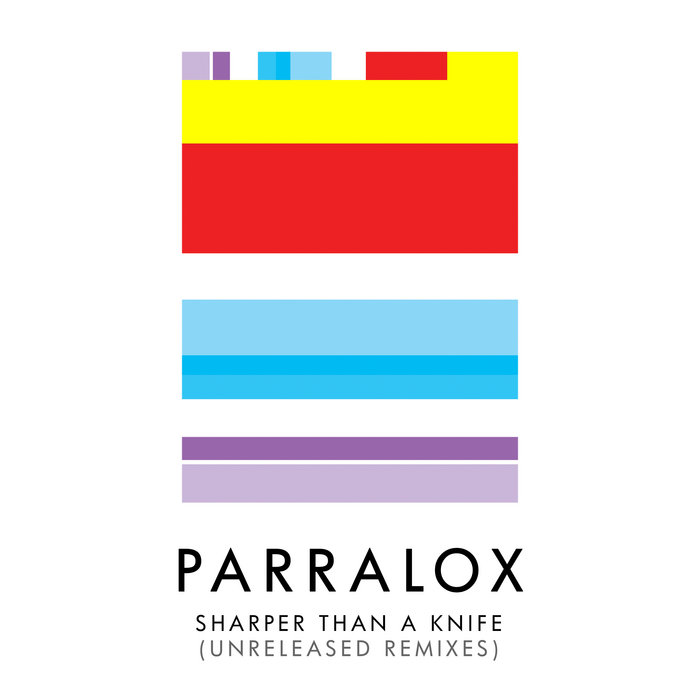 musicoloog What can I say? Sharper... is a great track, and surprisingly almost all remixes and reworks are great as well. Please release 'Sharper Than A Knife (Unreleased Remixes) - Volume 2' as well! :-)

Sharper than a Knife was the first single released by Parralox, hot on the heels of our debut album "Electricity" way back in 2009, with vocals by the legendary Roxy.

We had quite a few people work on remixes on Sharper than a Knife, and as much as we would loved to have release all of them, we had to make a decision on what to include on the official release. This left us with a LOT of remixes that sat in our vaults for many years, unheard and unreleased.

We re-recorded Sharper than a Knife in 2012 with brand new vocals courtesy of Amii, one of the finest voices in synthpop.

Fast forward to 2019, to celebrate the 10th anniversary of Parralox and conzoom Records we released "Singles 1" the first Parralox album released on Vinyl.

One of the CDs was Sharper than a Knife (Unreleased Remixes) and you can now download the tracks right here on Bandcamp. There are STILL heaps of unreleased remixes and we will no doubt release them one day.